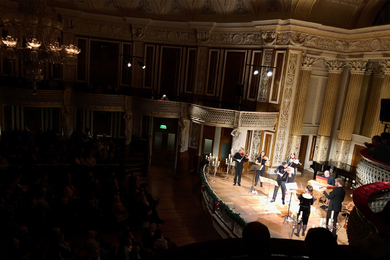 On Saturday 26th November, in the impressive setting of St James' Piccadilly,  the outstanding musicians of the Piccadilly Sinfonietta perform a spectacular selection of  Mozart, Bach and Vivaldi by candlelight in a hugely appealing programme designed to help you celebrate the weekend in style!