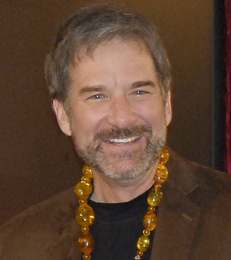 We are thrilled to share that we have arranged a new Zoom event with Geoffrey A. Hoppe, founder of The Crimson Circle (based in Colorado) and channeller of Saint Germain.

Geoffrey A. Hoppe was born and raised in the Midwest United States in a large Catholic family. His interest in spirituality and metaphysics started at the age of 19 when he hypnotised a friend. While in a trance state, the friend began to recount a series of previous lifetimes. Geoffrey immersed himself into the study of metaphysics and religion for the next several years.

His spiritual journey was all but forgotten for nearly 20 years, with the demands of his business career. Geoffrey worked for several advertising agencies and manufacturing companies in the Midwest and Texas in senior marketing positions. At age 28 he started a marketing consulting company in Dallas, Texas, operating it for 12 years with industrial and hi-tech clients throughout the United States. He co-founded an aviation telecommunications company where he served as Vice President of Sales and Marketing until 2001. Geoff holds two U.S. patents and one international patent for multidimensional telecommunications technologies, and numerous trademarks and copyrights.

His guide, Tobias, first presented himself to Geoffrey in 1997 on an airplane flight and they “talked” for nearly a year before Geoffrey channeled Tobias for another person. Tobias provided deep insights into their past lives and current challenges and, after his return to the physical realms in 2009, Geoffrey now channels Adamus Saint-Germain.

Geoffrey founded the Crimson Circle in 1999, and it quickly developed an international audience. He has authored five books, appeared in several documentaries, and has been interviewed by dozens of magazines and radio shows. Geoffrey has been married to Linda Benyo, his high school sweetheart, since 1977. They have been partners in life and business ever since. When they are not traveling and teaching around the world, they live in the Rocky Mountains outside of Golden, Colorado, USA, or spend time at Crimson Circle’s Villa Ahmyo in Kona, Hawaii.

Our interview with Geoffrey will last for 45 minutes, followed by a Q & A session with audience.

This is a Zoom event, which will take place on Thursday June 18th from 7.30 to 9.30 p.m. All ticket holders will be emailed with login details the day before the event. Tickets cost a €5 or €10 donation, which would be gratefully received, but there is also a free option available for those who cannot afford to pay anything at this time.