Marination Live: Why Dallas, Why Now?

Restaurateurs around the world are choosing to debut in Dallas over other American cities, national magazines are singing the city’s culinary praises, and still we clamor ravenously for more fajitas. Can Dallas begin to fulfill its considerable gastronomic potential — or should we just get back in line for another corny dog?

Ticket holders are invited to join us for a welcome reception in the lobby of 400 Record in downtown Dallas, featuring bites from chefs Bruno Davaillon of Bullion, David Uygur of Lucia and Macellaio and our own Josh Sutcliff of Marination Media and ShipShape.

A Moment Alone with a Special Ham 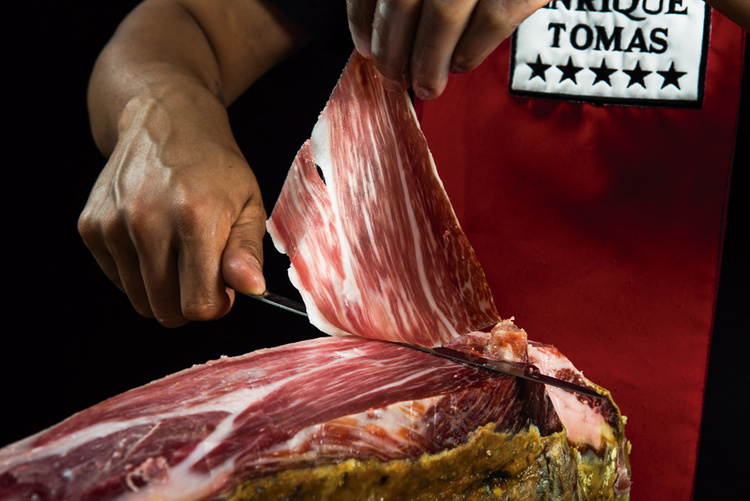 First, we will meet Joel Verges, the Barcelona-based chef of the U.S.’s first Enrique Tomás location, debuting in Dallas this fall. Joel will lead the audience through a guided tasting of jamón ibérico, the prized Spanish cured ham in which Enrique Tomás specializes.

The Main Course
Next, Michalene Busico, David Uygur and Leslie Brenner take the stage to discuss whether Dallas is worthy of all the newfound attention, why national acclaim has taken this long — and how it could play out on the plate.

Later, they will be joined by Ricardo Sieveking. Ricardo is the co-founder of Vanderbilt Capital, LLC, which currently owns 13 Enrique Tomás locations in Mexico and plans to debut the first U.S. location on Henderson Avenue in Dallas this fall.

Quick-Fire Q&A
To ensure that our panelists are able to answer as many applicable questions as possible, we will be pre-selecting them from a list of all of our audience submissions before the show. Have a smart question? Let us know by email or phone

Head up the stairs to Bullion
Join us after the talk and continue the conversation at Bullion, located inside 400 Record, and enjoy 50% off your food purchase (alcoholic beverages excluded).

This event is graciously hosted by